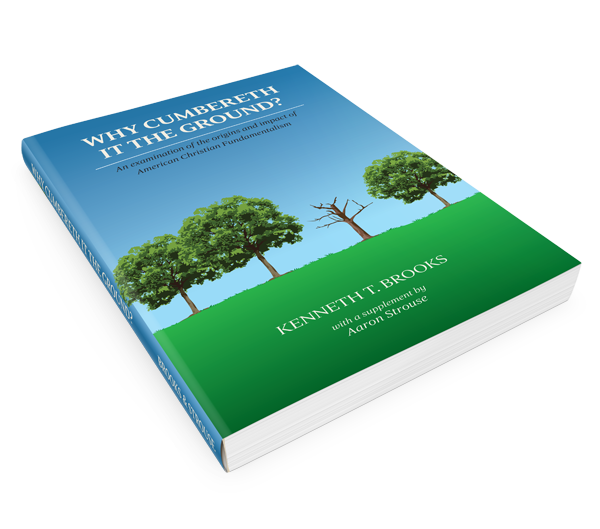 Why Cumbereth It The Ground?

Extract
This book is not an attack by enemies. It is a critique by friends.

It is not a plea for compromise. It is a call to liberty and strength.

But the Bible believer does not have to choose between Fundamentalism and compromise. There is a third option, which it is the business of this book to present.

This book criticizes Fundamentalism. It does so not to advocate compromise but rather to call for strength and obedience. The authors’ concerns predate the infamy of the word fundamentalist that has come with of the rise of militant Moslem Fundamentalism. Our concerns are not so shallow. Nor do we ask men to abandon Fundamentalism because the name carries unsavory connotations for “the unchurched.” Ours is not the criticism of pragmatism but of principle.

It is the Fundamentalist who has abandoned principle for pragmatism. The Fundamentalist movement arose out of expediency. It was built on less than full obedience to the Bible. Its origins are human and its achievements abysmal. As the characters in the children’s tale, it is time to admit that the emperor has no clothes. It is time for Bible-believers to admit that Fundamentalism has not worked and to abandon it.